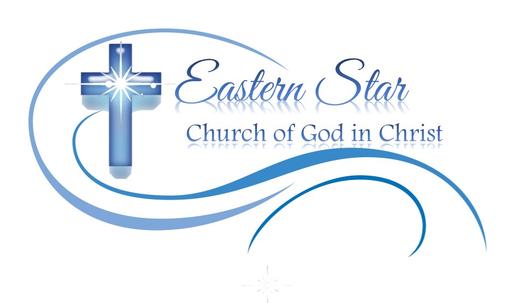 Johnna B. Purkett , a native of Elizabeth City, NC born to John W. Blount, Sr. and the late Marie H. Blount, is the wife of Elder Jesse C. Purkett  and the first lady of Eastern Star Church of God in Christ. Lady Purkett attended and graduated from Elizabeth City/Pasquotank County Schools. She earned a Bachelor of Science Degree in Special Education and Master of Administration Degree from Elizabeth City State University.

The Lord has given her a love and passion for positively impacting the lives of struggling children and adults. This love carries over in her community and in her church, where she enjoys serving as a helpmate to her husband's vision of ministry and strives to join him in his efforts to please God.

Worshipper, mentor, and vessel of grace, this dynamic Woman of God strives to be an example of a virtuous woman -- a woman who is yielded to God in every area of her life. Having a passion to see women living to their fullest God-given potential, she serves as leader of the women's department. She has also started a premier young adult mentoring program to teach young women their value and worth.

Lady Purkett is a loving and devoted wife to her husband, Pastor Jesse C. Purkett. She is a loving and nurturing mother to their son, Jeremy C. Purkett; her stepson, Shawn Etheridge and wife, Diana; and stepdaughter, Atari Evans.  She is very active and supportive in both her husband and children’s lives.

Lady Purkett seeks to devote herself to Jesus Christ by serving others, realizing that the journey is full of unexpected curves, but having the faith to believe that the end results provides lasting and eternal rewards.

Pastor of Eastern Star Church of God in Christ

Jesse C. Purkett, a native of Elizabeth City, NC, was born February 22, 1955 to the late Edith L. Purkett and the late James “Luke” Skinner. Serving under his grandfather and mentor, the late Bishop Herbert  L. Purkett, Pastor Purkett was destined for ministry from birth and has constantly been under the influence of Godly men and women, particularly his grandparents Bishop Herbert L. Purkett and Mother Susie G. Purkett who nurtured and instilled in him the words and ways of God.

An anointed preacher and teacher, he draws on his own failures and shortcomings to deliver God’s Word. Pastor Purkett believes in preaching and teaching the word of God and—just as importantly—he believes that we must "live" the word. Pastor Purkett is a no-nonsense, “tell it like it is,” open and honest man of God and is respected because of his "Do as I do and not as I say” attitude.

Pastor Purkett attended and graduated from the Elizabeth City/Pasquotank County Schools.  He has earned a Bachelor of Science Degree in Special Education from Elizabeth City State University. He received his theology certification in The Church of God in Christ Doctrinal Teaching from Greater North Carolina Jurisdiction Church of God in Christ Academy and a Master in Divinity and a Master in Human Services Counseling from Regent University.  Pastor Purkett has also served his country in the United States Army.

Elder Jesse Purkett became pastor of Eastern Star Church of God in Christ in December 2013. Under the leadership of Bishop LeRoy Jackson Woolard, he currently serves as a national adjutant for The Church of God In Christ and adjutant for the Greater North Carolina Jurisdiction. Much like the vision for building that God gave to Nehemiah, our Pastor has sought Gods’ will for our church and wants to lead his congregation through many years of growth and blessings. Since his arrival, Pastor Purkett has put numerous ministries, auxiliaries and outreach programs in place to better serve the church family and surrounding community.

Although an avid sports lover and Harley Davidson rider who enjoys spending time with his family, Pastor Purkett knows that his primary calling is to follow the leading of God. With focus on ministry, growth and outreach, his desire is to see the church take its rightful place in this world as a provider of a gospel that meets the needs of the saved and the lost.